Creative ways to make money on the side | Bamboo Loans

Need a little bit of extra cash, but not sure how to get it? Why not try one of our creative ways to make money on the side?

Do things get a little tight around the end of the month? Do you want to be able to treat yourself every now and again, but aren’t sure where to find the money? The following creative ways to make money on the side aren’t going to break the bank or fund that dream holiday straight away, but they’ll help build up cash over time, or give you a quick injection when you’re in need of a few extra quid.

Creative ways to make money on the side #1: Sell your old phones

We reckon that somewhere in your house you’ve got The Drawer. Everybody has The Drawer – the drawer full of old phones, leads, cables, plugs and general stuff that you know you’ll never use, but can’t bring yourself to throw away. Well, good news! You can sell some of that stuff to make a bit of extra cash.

Old phones in particular can cost a pretty penny, depending on the model. Lots of companies pay for recycling old phones. They’re then shipped off and get broken down. See how much your models are worth at this handy site.

Bamboo Pro Tip: Ask your friends and family if they’ve got any old phones lying around that you can get rid of for them. But be upfront about why you’re doing it, they might want to sell them on themselves!

For more information on what it’s like to be a secret shopper, check out this Forbes article about somebody who made $14,000 in a year (over £10,500!) from doing it.

Want to see your face on the silver screen? Maybe just in shot behind Tom Cruise or passing a sword to Russell Crowe? You won’t get your name in lights, but being an extra in a film or TV show is a great way to get a bit of extra cash in your pocket.

Plus, it pays pretty well too. And, you’ll get to rub shoulders with the stars and say – without fibbing – that you’ve been in a blockbuster movie or primetime television show. How cool is that?

Interested? Register your interest and you could be on screen sooner than you realise!

OK, granted, this is a weird one. How can you earn money by spending money? But with apps like Receipt Hog (iOS and Android, free), all you need to do is take a photo of your receipt and you’ll start earning coins, which can be traded for Amazon vouchers or spent online. The company then sell this data onto big companies who are interested in the way people spend, and that’s how they make the money to pay you.

Granted, it won’t make you big, big money, but it doesn’t cost you anything either. And simply scanning your weekly shops and receipts from quick trips for milk and eggs can add up over time, giving you money to treat yourself with!

Right, we saved the weirdest until last. If you’re still reading this, congratulations, you might have the strong stomach required for this job!

We all know that people love their dogs an extraordinary amount – and that means that they don’t want their dogs to just eat any old junk. That’s where you come in. Grab a napkin, put it on your lap and tuck into a bowl of the finest meat and jelly, with a side of charcoal biscuits and a nice glass of dog beer to wash it down. If it passes the taste test of your fine palate, then it’s good to go and it’ll be canned and sent out for canine consumption.

Don’t believe us? Take a look at an in-depth overview of the job and how to get involved.

If any of these creative ways to make money on the side isn’t for you, don’t despair – there are plenty of creative ways to stretch your money out too. Just head over to our Frugal Living section of our blog for a whole host of tricks and tips on how to save yourself a wad of cash. 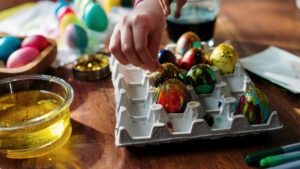 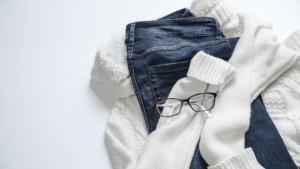