Teenage years are formative for so many reasons. You start to develop your own identity, you have a thousand firsts, you make new friends and lose old ones, you learn to drive, you leave school, you get a job…and through all of those experiences, you learn lessons that will stay with you for life. That’s why it’s so important to build good money habits for teenagers — because these lessons stay with them for life.

But how can you help establish good money habits for teenagers?

We break down three ways that have been proven to help teens get straight fire with their dollar, Hundo P of the time. (That’s get good with their money, all of the time, to us adults that aren’t down with the kids…)

Just like how to tie your shoes, tell the time and a whole host of other life skills, children — and particularly teenagers — learn their ideas about money from watching and copying their parents. So it’s important to set the right example from an early age.

Check out this video from the Money Advice Service on how your ideas about money can influence your children:

So, if you want to set good money habits for teenagers, make sure you’re setting a good example.

If your kid sees you saving money, being careful with what you spend and keeping a budget, they’re far more likely to adopt that behaviour too.

Likewise, if they see you overspending, borrowing money and not planning ahead, they’re likely to copy that behaviour too, and this could stick with them long into their adult life.

According to Money Advice Service, just under half of 15-17 year olds who get money on an as-and-when basis don’t keep track of their income and spending at all.

On the other hand, almost two thirds of those who receive a regular amount of pocket money are aware of their finances and make budgets for themselves.

On top of that, their research also shows that almost 80% of all 15–17 year olds that had to cover unexpected mobile phone expenses with their own money were able to better manage their money.

Which is to say this: part of teaching your teenager how to manage their money comes down to being strict and teaching them discipline. While it might seem harsh — and probably lead to many a slammed door and “this is SO UNFAIR” — teaching them that they can’t always get bailed out if they overspend teaches them the hard way that debt isn’t something to take lightly and can help prevent problem debt late in life.

Build good money habits for teenagers, Strategy #3: Teach them how to save

Whether it’s putting aside their pocket money every week to get that new pair of trainers or putting away a cut of their first paycheck to put towards a new car, it’s incredibly helpful for teenagers to understand not just how to save, but the value of money.

Helping them get into the routine of putting something away for a rainy day is one of the most important good money habits for teenagers, because it’ll set them up to handle the bumps and setbacks they’ll encounter in later life.

When it comes to talking about things like money, it’s hardly surprising that teenagers often don’t listen to their parents. So, we found this video by Ryan Trahan — a teenager himself — who talks about 7 money tips for teenagers. And some of them are really smart, forward-thinking and well-put.

If you’re not getting through to them, maybe sit down and watch this short video together: 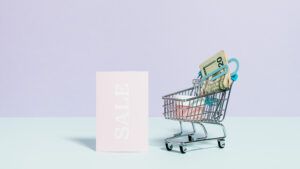 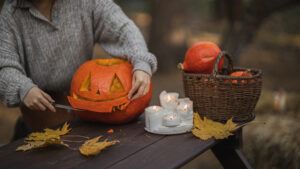 Halloween and COVID: What you need to know