Barclays, HSBC, Lloyds Banking Group and Royal Bank of Scotland are among the High Street banks that have closed 600 branches in the lowest-income areas, an analysis by Reuters shows.

Over 90 percent of the closures were in areas where the median household income is below the British average of £27,600. These figures are based on an analysis of Office for National Statistics data on average incomes in the locations where branches were closed.

“The large banks were three times more likely to shut a branch in Wales than in the southeast or London, the wealthiest areas of Britain, when closures were averaged out for the size of their populations”, the Reuters analysis showed.

BBC said that five of the top 10 areas worst affected are in Wales: Powys, Denbighshire, Gwynedd, Conwy, and Carmarthenshire.

By comparison, five out of the eight branches opened by these banks from April 2015 to April 2016 were in some of the wealthiest neighbourhoods in Britain.

Banks say they decide which branches to close on the basis of where they have the fewest customers.

They say they must look for ways to cut costs, which includes closing branches and reducing staff as everyday more and more people do their banking online.

The British Bankers’ Association – which represents all the major High Street names – said transactions in branches were down 6% over the last year.

“HSBC, Barclays, RBS and Lloyds say they have signed up to protocols aimed at minimising the impact of branch closures, including partnering with the post office to offer services and carrying out impact studies before closures.”

Campaigners argue that losing High Street branches can be debilitating for communities. 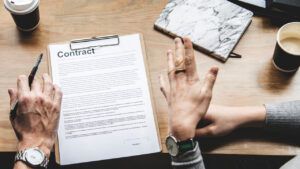 Ask Boo: What are our money rights if we live together but aren’t married?