Interview with chairman of the George Pantziarka TP53 Trust

As part of our efforts to support some lesser-known charities close to our hearts, this week we sat down with Pan Pantziarka co-founder and chairman of the George Pantziarka TP53 Trust, to help raise more awareness on the amazing work they are doing.

TP53 Trust was founded by the parents of a former member of our Bamboo family after their teenage son sadly passed away from cancer. The Trust was founded in George’s memory and to support other families affected by the same condition. Pan Pantziarka is a scientist working at the Anticancer Fund (ACF), Belgium, where he is the coordinator of the Repurposing Drugs in Oncology project. In addition to researching the re-use of existing non-cancer drugs as new sources of cancer treatments, the project also looks at the social and institutional factors influencing cancer policy. His other area of research is in Li Fraumeni Syndrome (LFS), particularly focused on theories of cancer initiation and risk reduction strategies.

Tell us a bit about The George Pantziarka TP53 Trust. What are your main goals?

We are the UK’s only charity devoted to supporting people with the rare condition LFS. This is a genetic condition caused by a mutated tumour suppressor gene called TP53. People with LFS have no natural defences against cancer – which is why childhood cancers are so common, and why so many people with LFS get multiple cancers in their lifetimes. As a charity, we offer advice and support to people with LFS, while at the same time we want to raise awareness of the condition and encourage more scientific and clinical research.

What was it that lead you to the decision of setting up this charity? And what do you envision for its future.

The charity was set up after the death of our son, George. He died of his third cancer when he was 17 years old – he was diagnosed with his first on his 2nd birthday. It wasn’t until his 3rd cancer that he was genetically tested and found to have LFS. At the time there were no organisations supporting families like ours and there was very little information available. Setting up the charity in his name seemed a good way to remember George and to do some good for other people in the same boat. For the future we want to make sure every person with LFS gets the best treatment available – and we’re working with the NHS to make sure this happens. We are also working with researchers in the UK and across the world to investigate whether there are drugs which can reduce the risks of cancer for people with LFS – this would be a fantastic outcome if we can achieve it.

What are the main challenges the charity faces?

At the moment nobody can answer the most obvious question – how many people in the UK have LFS? There’s no central database or registry. And that’s before we even get to the fact that we think that only about 10% of people with it are actually diagnosed! If we had a registry, it would be so much easier to reach everybody who needs our support. It’s also a challenge finding people with the right skills to help us – things like design skills.

How can people support your charity or get involved?

We’ve just had our first LFS awareness day – it was great to have people showing support by wearing blue for LFS and posting on social media. It won’t be the last awareness campaign we run – people should look out for more campaigns like that in the future. We want to get the word out to GPs and other non-specialists too – and the more that information is shared the more chance there is of that happening.

Of course, donations are important too – we want to build a national registry and are currently working on a clinical trial with Oxford University and others. 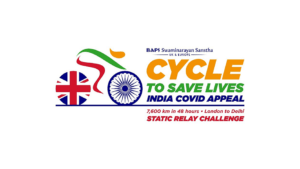 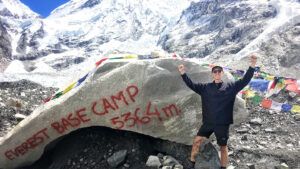