Student payday loans - Why do students rely on them? | Bamboo Loans

Student payday loans – Why do students rely on overdrafts and payday loans? Ask any student on any campus across the UK and they’ll tell you that their least favourite part of term is that couple of month period leading up to the next Student Loan instalment. For many, this means a bit of belt tightening, a few 9p noodle dinners and a panicked call to Mum and Dad.

However, for many, the situation is far worse. It is estimated that 1 in 3 students in the UK have applied for a payday loan to help them afford accommodation, travel and food. Worse still, The Guardian reported that 2% of undergraduates used them in 2015, according to a survey by the National Union of Students (NUS).

(In fact, students based in London City are much more likely to apply for additional finances as a result of higher university fees and a higher cost of living.)

Granted, 2% may not sound like a lot of students as a percentage but as a number, that’s 46,000 students taking out payday loans and risking falling into a debt spiral, just to get by.

And it’s not just payday loans that students are relying on to get by, it is also overdrafts as well.

Why is there this reliance on student payday loans and overdrafts?

Before we begin, let’s set the scene a little bit more:

Although students have a bad reputation for wasting all of their money on alcohol and not on important things – a Student Money Survey found that 80% of students worry about money and that 46% of students had their studies affected by these worries.  Worse still, 58% of students said that it had been affecting their diet as they had been unable to afford decent food (or, in some cases, any food at all.)

On top of that, the survey also discovered that the income students receive from Student Loans isn’t nearly enough to cover basic living costs (not including any luxuries). That means, at the end of every month, the average student is £277 short. Over the course of a year, that’s over £3,000 that they have to make up from somewhere.

For that extra £3,000, 18% rely on their parents to meet the shortfall, while 16% take on part time jobs that they do alongside their studies. 12% of students use their overdraft to fund the difference, 11% rely on grants, 3% use credit cards and 2% use pay day loans.

Scarily, the average student spends £10,000 a year while they’re at university. And while, undoubtedly, some of this may go on enjoying themselves, the vast majority of it goes on other, far more essential things.

Rent, for instance, can take up between 35% and 50% of the student’s budget. After that, food and socialising (although, a lot more of the former in most cases). Then there’s course costs – trips, books, materials – and travel costs, and a whole host of other unexpected costs, especially if they live in a city.

So why can’t they just get a job to fund their studies without student payday loans?

Many do. As we’ve seen, 16% of students take on a part-time job to fund their studies.

However, there are many issues that make it more difficult for them.

For a start, there is a lot of competition for jobs at university – especially for the jobs that allow students to continue their studies. (If you’re a student looking for a job, check out our top tips.)

Secondly, many students are unable to balance a job and their studies. While the image of university might be all partying and fun, there’s a lot of time spent in libraries and lectures. (Students studying medicine, for instance, study for an average of 50.9 hours a week – hardly enough time to grab a part-time job and get enough sleep.)

Thirdly, a part-time job can easily spiral and cause conflict, confusion and dilemmas: a boss wants you to work an extra shift when you’ve got important revision to do. You need the extra money, but you also can’t fail the exam. What do you do?

As such, lots of students are turning to payday loans and overdrafts.

According to This Is Money, Three-quarters of 18-29-year-olds have an overdraft facility on their current account, and the average person is overdrawn by £656.

On top of that, nearly half have gone overdrawn without authorisation from their bank, which results in additional charges.

And it’s not that these overdrafts are being used for big expenses, either. The majority of people are using the overdraft to fund everyday spending, with 55% admitting to using it to buy food shopping and 49% using the money to pay bills.

According to The Guardian, this situation makes students vulnerable to the advertising tactics of payday loan companies:

Payday loan companies aren’t looking to attract people who might look up what their interest rate actually means. They’re looking for more people who need cash very quickly and are not too concerned with how much they will be paying back.

People who look at smiling pigs with top hats carrying bags of cash and don’t see a monumentally large danger sign. People who are paying attention to the singing Austrian girls handing people wads of money in TV adverts, and not the alarming text at the bottom of the screen.

Or they’re looking for people far too desperate to care. All too often students fit into this latter category.

Desperation, it seems, is a universal factor for students applying to payday loans or living out of their overdrafts – they’re just not left with very many other options.

There are alternatives to student payday loans and overdrafts

The best advice for struggling students, according to Student Money Saver, is to go to your university and ask for help long before you consider student payday loans.

Many universities have hardship funds for when students are in dire straits – they’re lump sums that are paid to you when you can’t afford the essentials: food, rent or utility bills.

Talk to your university if you’re in financial trouble or are constantly struggling for money – they’ll be able to help. We’ve also written a guide to cost of student living. It’s packed with top tips on how to make your money stretch a bit further which may come in handy. 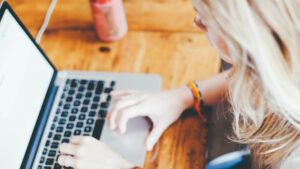