Travel Insurance - is it really necessary to have one?

Broken down, that means that as many as two in five (38%) Brits abroad over the past 12 months were there without any type of travel insurance.

The study also found that 27% of those people with insurance participated in actives not covered by their policy while they were away and failed to report these back to their insurer.

Why are so many people travelling without travel insurance?

With so many people running the risk of paying thousands of pounds (or getting stranded abroad) if they should fall ill or hurt themselves, it begs the question: why do people travel without holiday insurance?

ABTA decided to find out.

They asked 2,043 British adults whether they travelled abroad without insurance and why. Of those that had no insurance, the excuses ranged from not thinking they would need it to ‘being willing to run the risk’.

Mark Tanzer, the ABTA chief executive, told The Express: “Every year we see cases of people falling into difficulty due to travelling without insurance. Some travellers who are caught out resort to crowdfunding websites when they are injured or unwell and relying on the money raised to pay off the bills… Often their families have to raise thousands of pounds for their treatment or repatriation and that’s why it is so worrying to see an increase in younger people travelling without insurance.”

Who are the worst offenders when it comes to travel insurance?

As you’d expect, it’s 18-24-year-olds who are most likely to travel without insurance – with a whopping 40% of them not bothering to get any kind of holiday insurance. However, 25-34-year-olds aren’t far behind with 38%.

The over 55s category is by far the most cautious age group, with just 14% of them heading abroad without travel insurance.

The last published statistics on holiday insurance payouts date back to 2016, but it’s fair to assume that last would have been at least fairly similar, and that makes these stats pretty shocking.

That year, insurers paid out £1 million every single day to travellers who made claims due to illness or injury abroad.

A large chunk of those payments – over £196 million in total – went towards emergency medical treatment for more than 166,000 travellers.

These bills included £100,000 for treating an abscess in the USA, £16,000 for treating a fractured leg after a motorcycle accident in Thailand, and £11,000 to remove a brain tumour in Spain. If those people hadn’t been insured, they would have had to have find that money themselves.

In the same year, insurers paid out £128 million to 160,000 individuals to cover the cost of cancelling their holiday.

And, on top of that, insurers paid around £16 million to just under 100,000 people to cover the cost of lost baggage and money while they were abroad.

So how much does travel insurance cost?

In the UK, the cost of the average annual travel insurance policy is around £37 per person, which – especially if you’re travelling as a family – sounds fairly expensive.

But when you compare that to the fact that the average medical claim is £1,300 and the average cancellation claim is £816, it makes a little more sense.

A good way to think of travel insurance is like seat belts: if a garage wanted to charge you a small amount to install seatbelts in your car to keep you safe in an accident, even though you probably won’t ever need them, would you say no?

How to find cheap travel insurance

Policies for a single trip are the way to go – they’re usually the cheapest options because they cover you for a relatively short time period.

To find the best deal, use price comparison sites to shop around.

However, make sure that you read the fine print and tell the truth about any medical conditions you may have. You want to find a policy that works for you and that will be valid if you need to claim. Not being truthful on your application means that – most of the time – your insurer won’t pay out, which is just as bad as not having any insurance at all.

On top of that, if you’re travelling in Europe, at least before the UK leaves the EU), make sure you have a valid European Health Insurance Card (EHIC). This will give you access to state-provided healthcare wherever you go. Although, this is only very basic, and you’ll still need insurance.

While you’re looking for cheap travel insurance – why not check out our comprehensive post on ways to save money while you’re travelling too? It’s full of handy tricks and tips for wallet-friendly trips abroad! 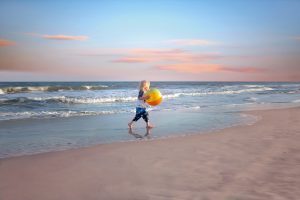 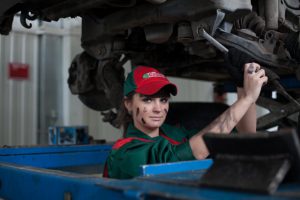 Breakdown cover: a guide to everything you need to know